The Saved by the Bell star guest co-hosted the Rockefeller Tree Lighting alongside TODAY regulars Hoda Kotb and Craig Melvin.

Shortly after the show debuted on NBC on Wednesday, fans flocked to Twitter to weigh in on Mario’s appearance.

Many speculated that the 49-year-old had undergone extensive plastic surgery, writing, “Whew @mariolopezvivia got a little face work.”

They added a GIF showing a woman whose face seemed “frozen” in one position.

Someone else tweeted, “#RockCenterXMAS doesn’t feel the same without Al Roker. I can understand since health comes first. Mario Lopez has those shoes to fill when replacing this year.” 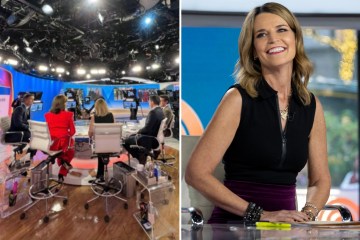 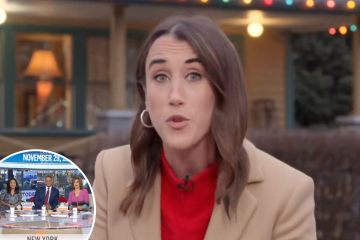 Other fans were just not happy to see Mario in the series.

One reviewer tweeted, “Why is Mario Lopez still on my TV.”

Another wrote, “Seriously when are they gonna stop with #MarioLopez?”

Mario has not responded to positive or negative comments about him.

THE ABSENCE OF AL

Al was unable to attend Wednesday’s event due to health issues.

Today’s beloved meteorologist battled blood clots in his legs and lungs and was rushed back to hospital just 24 hours after being discharged over Thanksgiving weekend.

The star fell ill on Friday – a day after missing out on hosting Macy’s Thanksgiving Day Parade for the first time in 27 years.

He was taken from his home by ambulance as his frantic wife, Deborah Roberts, followed him to a hospital in midtown Manhattan, according to a report by Page Six.

An eyewitness told the outlet: ‘Al was taken from his home on a stretcher to the hospital on Friday, the day after Thanksgiving. is improved.”

“His wife, Deborah, was understandably very upset. She had left her phone and other belongings inside their Tesla, which had malfunctioned and wouldn’t unlock, so she was trying to break a window.

“Deborah then drove her daughter to the hospital in a taxi, where Al has since been surrounded by family.”

Mario was to replace Al, co-hosting with Savannah Guthrie and Craig.

Savannah revealed earlier on Wednesday, however, that she was in bad weather and expected to miss the show.

In an Instagram post, the 50-year-old shared a photo of a thermometer reading 101.8 degrees, confirming she was unwell.

She captioned the post: “UGH – flu or something since Monday. I’m so sad to miss the tree lighting and TODAY. Hope it passes soon! I miss everyone. I’ll look.”

She also updated her Instagram Stories with the same photo, this time adding, “I hate to miss the Rock Center show and tree lighting. I’ll be watching from my bed.”

In the comments section, fans wished her luck.

“Get plenty of rest and fluids,” one fan wrote. “Hoping it passes quickly.”

Another added, “Oh no. You need some vitamin C! Get well soon.”

While a third cried out, “Get well soon… You are helping this tree to shine.”